The holidays are just around the corner and with them all of the parties and festivities. Wow your friends and family at your next brunch with these Gluten and Dairy Free Banana Bread Cinnamon Rolls.

There is something magical about the whole sensory experience of cinnamon rolls, such as Gluten and Dairy Free S'mores Cinnamon Rolls. The aromatic smell that wafts through the entire house, that first warm and slightly gooey bite, the soft, pillowy dough and the soft pillowy dough make them an occasion unto themselves.

The best part of Gluten and Dairy Free Banana Bread Cinnamon Rolls, other than their irresistible flavor, is the easily accessible ingredients. You will love this recipe for the tender texture, warm and cozy flavors, and the fact you already have almost everything in your pantry.

While there are a few steps to creating these banana bread cinnamon rolls, they're easy to follow and portions can be prepared ahead of time. These are the ultimate make ahead rolls that will be perfect for your next holiday morning.

In addition to being Gluten Free these rolls are also Dairy Free. You can replace the dairy free products with regular butter and heavy cream in this recipe.

In addition, with so many allergens and food sensitivities, I am always looking for ways to make my recipes accessible to everyone. If you or one of your friends or family have a tree nut allergy, the peanut butter in this recipe can be replaced with sunflower seed butter.

In addition to providing its own unique flavor that is a great swap for peanut butter, sunflower seed butter also offers up additional nutrients. It's rich in protein, vitamin E, fiber, zinc, and iron.

This cinnamon roll recipe is a great make ahead dish. You can make the rolls up to the point of where they rest in the baking dish. Allow them to refrigerate until you're ready to bake them. When ready to bake, let them sit at room temperature for at least an hour and then pour the cream on and bake them according to the directions. 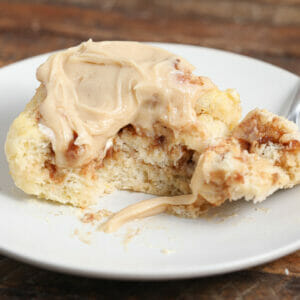 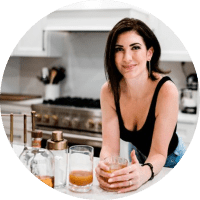 Thanks for stopping by. I'm a recipe creator focusing on gluten free and dairy free recipes that taste amazing. 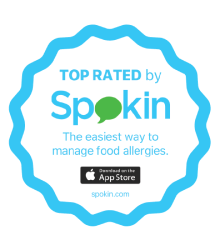 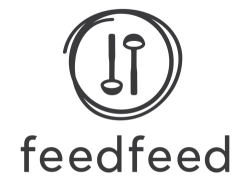